In a nutshell: The Apple iPhone 7 Plus is the best iPhone, with a better screen than the iPhone 7, a new telephoto camera, stronger battery life, faster processor and more memory. But it's a big beast - too big for some - and the price has risen yet again.

As with the iPhone 7, the colour choice for the 7+ has changed. Space Grey has gone, and instead you can choose Black or Jet Black, in addition to Silver, Gold or Rose Gold. Jet Black looks good, but perhaps not for long, as it's prone to scuffs and scratches.

Just like the 7, the 7+ is splash-, water- and dust-resistant. So you can now take your iPhone into the bath, although we wouldn't recommend it, and be certain never to take it swimming in salt water. Also, as in the 7, the circular button has become touch-sensitive. 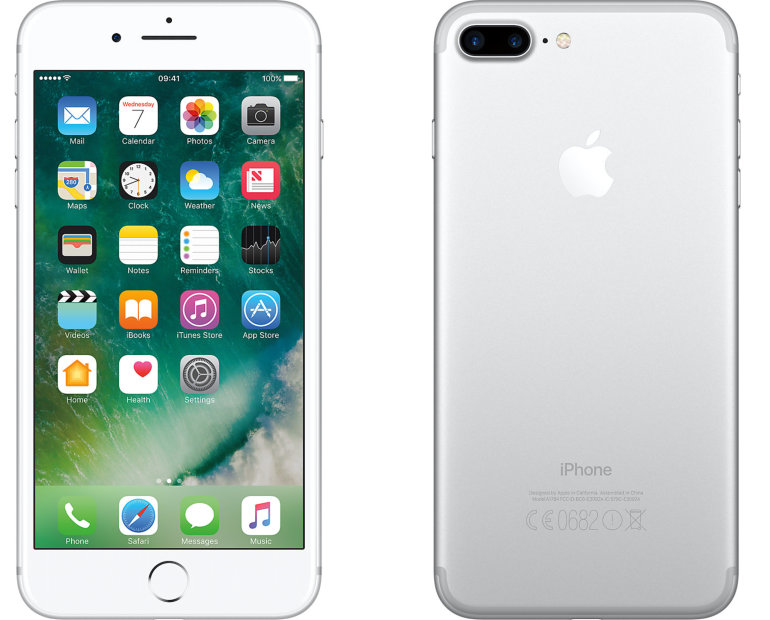 One of the main reasons for choosing the 7+ instead of the 7 is screen size. Whilst the 7 is very compact, with a screen that's smaller than any flagship Android phone, the 7+ comes with a much bigger 5.5 inch display. The 5.5 inch screen has a much higher resolution too. It's a 1920 x 1080 pixel display with a pixel density of 401ppi instead of 326ppi. The screen is very bright, with a wider colour gamut than the previous generation phone, and is definitely a welcome improvement over the 4.7 inch screen of the basic model.

But it's a very large and heavy phone to handle, and perhaps too big for many users. In comparison, the Samsung Galaxy S7 Edge has the same 5.5-inch screen size, but is noticeably smaller and lighter.

The 7+ runs with the same A10 fusion chip that powers the iPhone 7. Additionally the RAM has been increased from 2GB to 3GB. This is the fastest iPhone ever, and the extra RAM will be of value to anyone who wants to work with 4K video or very memory-intensive apps.

The memory has been upgraded too, with the starting option now with 32GB. 16GB was a crazily small amount of memory, so this is definitely a good move. Power users would be advised to consider the 128GB option, and there's even a 256GB version which is recommended if you like to shoot 4K video.

The iPhone 7+ launches with iOS 10 which brings in new versions of Messages, Maps, Photos and Siri. There's more integration of 3D Touch, and you can now wake up your phone to check notifications just by picking it up.

There are two main reasons for choosing the iPhone 7 Plus over the 7. The first is screen size and the second is photography. The Plus version of the iPhone always showcases improved camera functions, and now that the iPhone 7 has optical image stabilisation, the 7 Plus needed something new to set it apart. That something is optical zoom. 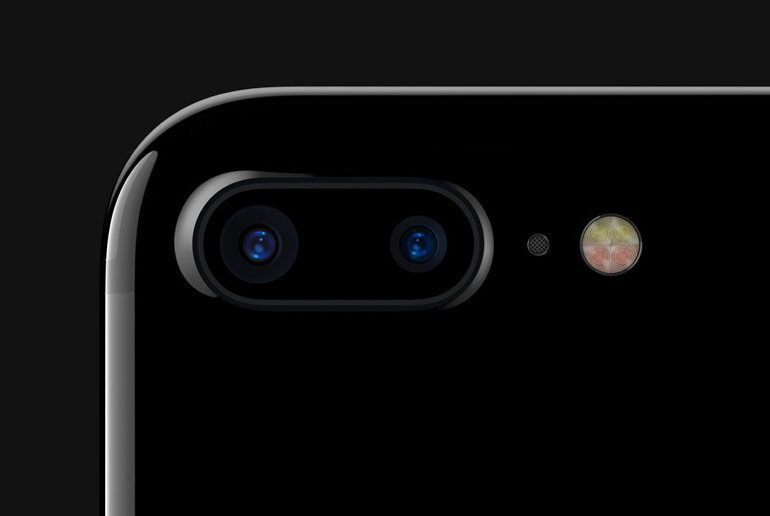 Optical zoom is achieved here not by a lens that projects out of the back of the phone, but by twin cameras, using the same technique that was pioneered by the Huawei P9. The main camera is identical to the 12 megapixel wide-angle lens in the iPhone 7, and in addition there's a 12 megapixel telephoto camera too. The phone uses the images from the two cameras to achieve a genuine optical zoom of up to 2x. A 2x zoom may not sound like a lot, but it's enough to considerably improve image quality.

The new wider f/1.8 lens aperture improves low lighting shots and the True Tone flash has been upgraded to use four LEDs. In addition the camera is capable of recording video right up to 4K resolution, and the optical zoom works for video too.

The iPhone 6s+ already had one of the best cameras on any phone, and these improvements take it a step further. So if you're serious about photography, it's definitely worth upgrading to the 7+.

Additionally, the front camera has been boosted from 5 to 7 megapixels and now incorporates digital image stabilisation and video recording up to 1080p HD.

So is the iPhone 7+ the best camera phone ever? Comparing it with the Samsung Galaxy S7, the iPhone sometimes captures more shadow detail, sometimes less. In some shots its colours are more vivid, and at other times they seem pale and washed out. And at maximum zoom, the iPhone pictures look decidedly grainy next to the Samsung, despite the optical zoom. On balance, we'll call it a tie.

Connectivity - the headphone jack is no more

The iPhone 7+ supports a wide range of LTE bands, plus fast Wi-Fi and Bluetooth 4.2. NFC is present, and GPS and GLONASS positioning are available.

But what has happened to the 3.5mm headphone jack? It's gone. Instead, Apple provides EarPods that plug into the Lightning Connector. There's also a Lightning to 3.5mm adapter. The reason why Apple has done this is debatable, and we're not going to get involved in that discussion. One thing that we can safely say is that removing the 3.5mm jack in no way increases the utility of the phone.

The iPhone 7+ has a substantially larger battery than the iPhone 7, and it's been given a modest boost compared with the iPhone 6s+ too. The new Fusion chip also uses less power than the previous A9 chip. The result is that you can expect to get one hour longer from your phone between charges - up to 15 hours of use on Wi-Fi. That's a small improvement but one that all users will welcome.

The iPhone 7+ is a better phone than the 6S+. The new camera, memory upgrade and battery size increase are very tangible enhancements. The faster processor is also a bonus, as is the water-resistance. Together, these make it worth the extra £100 it will cost to buy this handset sim-free.

Buy the iPhone 7+ if you love Apple products and want the best photographic experience possible.

But if you're happy with Android as an OS, you'll find better value elsewhere. The iPhone 7+ will set you back close to £60 per month on contract, whereas the Samsung Galaxy S7 Edge costs more like £45 per month. While iOS 10 trumps Android for ease-of-use, the S7 Edge is a better size and weight, with a superior screen, expandable memory and a headphone jack.

Apple iPhone 7 Plus features include:

Reviewed by Tris from Uk on 26th Sep 2016
I bought it in black with 128gb. There really isn't much to say. I had the 6s plus before and this is largely obviously the same phone. It's all just a refinement and the biggest changes are on the home button and the camera. The same can be said with ios10. If you buy one and your already an iPhone user then you won't see that much change. Everything that's better is just slightly. The 6s plus is still a great phone and the 7 plus is only marginally better. It's not worth upgrading from a 6s plus.......... and for some maybe even a 6 plus. However..... it is the best iPhone apple has ever produced. The changes here largely point toward the major design changes coming to the i8 in my personal opinion.
Rating:

Reply by Johnny from UK on 29th Sep 2016
The 6s Plus is everything the 6 Plus should've been when it was first released. I will say that 6 Plus users upgrading to the 7 Plus will notice a dramatic increase in speed. However 6s Plus users will barely notice anything. The 7 Plus Geekbench scores might be through the roof when compared to the 6s Plus, but even this doesn't make much of a difference when comparing the performance of both devices side by side. 6s Plus users would need to be slightly nuts to 'upgrade' this year. Roll on 2018!