Check out our Blu-Ray and DVD player reviews, and find the best Blu-Ray or DVD player in the UK. 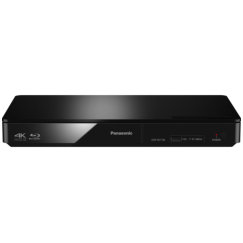 Panasonic DMP-BDT180EB review
The Panasonic DMP-BDT180EB 3D Blu-Ray player is a good choice if you don't need a Wi-Fi connection. This model offers excellent picture quality, with 4K upscaling of Blu-Ray disks, and upscaling of DVDs to Full HD. A wide range of audio formats is supported too. In addition, the ethernet port allows connection to the internet for access to the BBC iPlayer, as well as Netflix and YouTube.

LG BP250 review
If you want a Blu-Ray player that plays disks and ... well, nothing else really, then the LG BP250 is a good, cheap choice. It has no 3D capability, but will upscale DVDs to Full 1080p HD. For the price, you really can't go wrong. 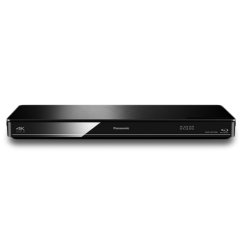 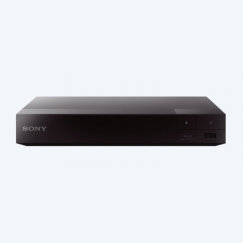 Sony BDP-S3700 review
The Sony BDP-S3700 Blu-Ray player is an excellent mid-range device, offering playback of 2D Blu-Ray disks, DVDs & CDs, as well as streaming content from Netflix, the BBC iPlayer and from connected smartphones, tablets and PCs. Fast Wi-Fi support is built-in, and the balance of features will be just right for the majority of users. 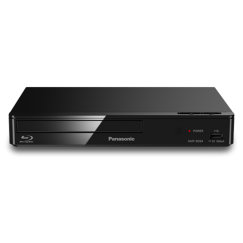 Panasonic DMP-BD84 review
The Panasonic DMP-BD84EB-K smart network Blu-Ray disc player is a very basic entry-level player. It includes ethernet connectivity with simple Smart TV functionality (Netflix, YouTube and a few other apps), but no Wi-Fi support. It's super-compact, but over-priced at launch. Our target price for this model is £50, and at that price it would be a good buy. 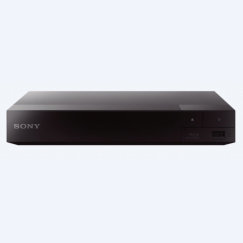 Sony BDP-S1700 review
The Sony BDP-S1700 Blu-Ray player is Sony's entry-level model for 2016, yet it still includes support for the Sony Entertainment network, giving you access to a range of Smart TV services, including the BBC iPlayer, YouTube, Amazon Instant Video, Netflix and YouTube. 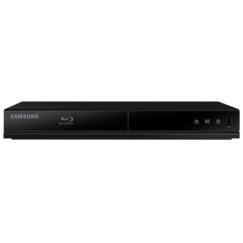 Samsung BD-J4500 review
The Samsung BD-J4500 Blu-Ray & DVD player is a budget player available for £50 or less. The player has been stripped to its essentials, including support for 2D Blu-Ray, DVD and audio CDs, but no 3D support, no internet connectivity, and no Wi-Fi. 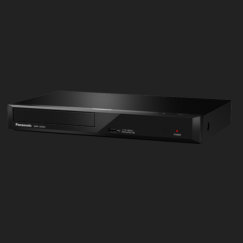 Panasonic DMP-UB300 review
The Panasonic UB300EB UHD Blu-Ray player brings you the pin-sharp quality of 4K HDR for not much more than the price of a regular Blu-Ray player. 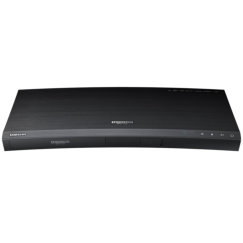 Samsung UBD-K8500 review
The UBD-K8500 is Samsung's first Blu-Ray player to support the new UHD Blu-Ray disk format. With this player you can experience the very highest quality movies available, with 4 times the resolution of Full HD, 10 bit colour, and High Dynamic Range (HDR). But it's expensive, and you'll need a top-end TV to enjoy it to the full. 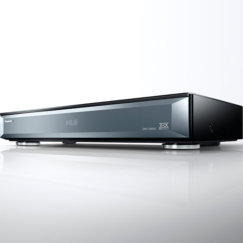 Panasonic DMP-UB900 review
The Panasonic DMP-UB900 UHD Blu-Ray player is the first of a new breed. UHD Blu-Ray offers significantly enhanced quality compared with conventional Blu-Ray, with 4 times the number of pixels, plus much greater detail thanks to HDR. The UB900 is expensive compared with ordinary Blu-ray players, but if you have a high-end TV, this player will unlock its true potential.