The new U Play from HTC clearly draws on the HTC One A9s for both its design inspiration and its key hardware, but updates the look with a new glass manufacturing technique. The U Play manages to squeeze a little extra screen space out of the same size body, which is welcome, and it's a reasonably slim and lightweight phone for its size.

The phone has a unique construction, made from moulded glass over a metal frame, with a contoured "liquid surface" that requires extreme heat and pressure to achieve. Yet for all that, the end result is rather similar to a gloss plastic coating, and left us uninspired.

HTC has nudged the screen up to 5.2 inches, while retaining a relatively compact body, and the pixel count has been boosted to 1920 x 1080, resulting in a very sharp display. Contrast and brightness from this Super LCD screen are good too.

The phone comes with a fingerprint sensor built into the touch home button, and is available in a choice of Black, Blue, White or Pink. 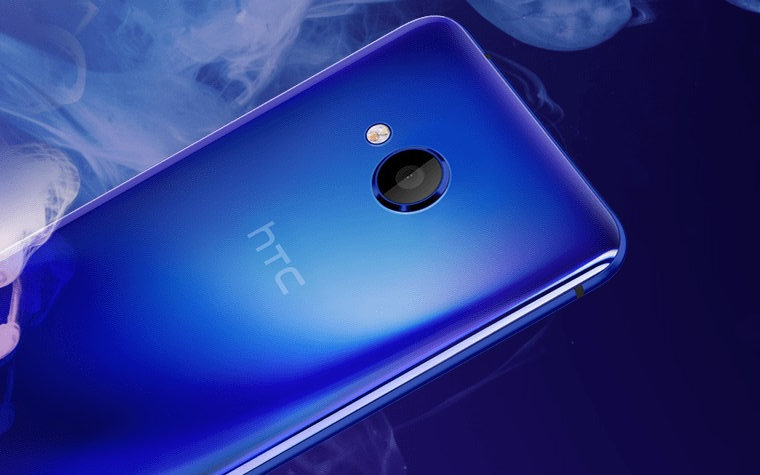 The phone runs Android Nougat with HTC Sense. It also introduces the new HTC Sense Companion. However, this voice-controlled Siri-like tool is not available for testing at launch.

Like the HTC A9s, the U Play is powered by a MediaTek Helio P10 processor. This 64-bit 8-core processor is fast and capable, and is joined by 3GB of RAM for a powerful app-crunching powerhouse that can stand up to any of its competitors at this price point.

The 32GB of storage is generous too, and can be expanded with a microSD card, right up to an astonishing 2TB of data.

16 megapixel cameras, front and back

Cameras are always a wildcard with HTC. Here, the company has opted for 16 megapixel cameras front and back. Both are high-resolution cameras, with BSI, auto-HDR and wide f/2.0 apertures making them capable performers in weak lighting, although shots can be a little grainy.

Both cameras can record 1080p video, and the fixed-focus front camera comes packed with a range of selfie features. The front camera can be switched into UltraPixel mode for greater light sensitivity, but in practice we found that this often results in rather bland images.

The U Play is a 4G phone with fast dual-band Wi-Fi, Bluetooth 4.2, NFC and a USB Type-C connection. GPS and GLONASS positioning are included. Sensors include a fingerprint sensor and a compass.

What's missing though is a 3.5mm audio jack, as headphones are connected via the USB Type-C socket. This may (possibly) be the way of the future, but many owners will face a problem trying to connect their existing headphones. You can't listen to music while charging the phone, either.

Recent HTC phones such as the A9 and A9s have seriously underperformed when it comes to battery life. The U Play has a 2500mAh battery, which is larger than these previous phones, but doesn't compare with the 3020mAh battery of the Huawei Nova or the 3000mAh of the Moto G4. The Full HD Super LCD screen isn't light on energy use either, and the U Play doesn't perform strongly when it comes to battery life.

HTC tries hard, but often seems to make mistakes. A great deal of effort has clearly been expended with the "liquid surface" finishing of the phone, but to our mind, the result falls short of expectations. Likewise, the 16 megapixel cameras aren't any better than rivals, whereas the battery is definitely lacking in power. The HTC Sense Companion feels gimmicky too.

Having said that, the phone is a very good size, with a decent processor, and a good screen. At £400 sim-free it's well over-priced, but contract deals seem to offer much more value. We'd look at the Huawei Nova and Samsung Galaxy A5 (2016) in preference to the U Play.

HTC U Play features include: