The HTC U Ultra is an upgraded version of the U Play. The U Ultra is considerably bigger than the U Play, with a huge 5.7 inch screen, but it doesn't feel over-sized or too heavy.

The design and construction of the Ultra is the same as the Play. Both are made with a new glass manufacturing technique that uses extreme heat and pressure to mould glass over a metal frame. The resulting contoured "liquid surface" doesn't look to us to be very different from gloss plastic, however. The phone is available in a choice of Black, Blue, White or Pink.

The 5.7 inch Super LCD display is bright and very sharp, with a Quad HD resolution of 2560 x 1440 pixels. It's not quite a match for Samsung's AMOLED screens however. Interestingly, a second smaller screen above the main display shows top contacts, favourite apps, etc. Similar in concept to Samsung's edge screen on its latest Galaxy models, the second screen provides some useful shortcuts.

The touch home button beneath the screen has a built-in fingerprint sensor. 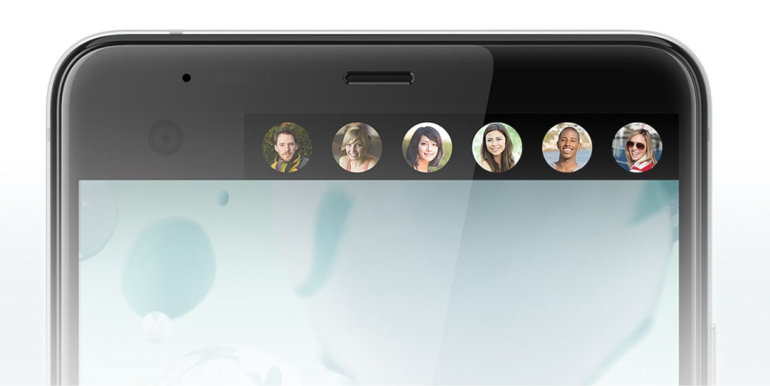 The U Ultra runs a quad-core Snapdragon 821 processor with a clock speed of 2.15GHz. This makes it close to the fastest devices available today, though not as fast as the Galaxy S8. 4GB of RAM makes multi-tasking fast too.

Storage is a generous 64GB, and can be expanded with a microSD card.

While the cheaper HTC U Play is fitted with a 16 megapixel rear camera, the premium U Ultra has only 12 megapixels. However, the sensor uses larger pixels for enhanced sensitivity, and the lens has a wider f/1.8 aperture, to let in more light. Low light performance is generally good, but can still be grainy at times. We wouldn't say that this can compete with the top camera phones.

The camera is kitted out with a BSI sensor and auto-HDR, and has a very fast PDAF laser autofocussing system. It can record 4K video and has optical image stablisation to remove camera shake.

The front camera uses a 16 megapixel sensor which can be switched into UltraPixel mode for greater light sensitivity but reduced resolution. It's capable of recording 1080p HD video. 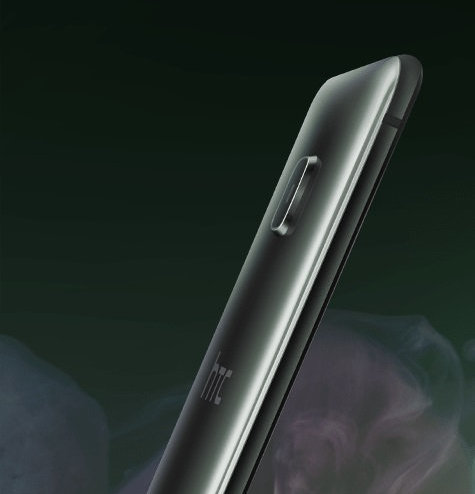 The U Ultra is a 4G phone with fast dual-band Wi-Fi, Bluetooth 4.2, NFC and a USB Type-C connection. Sensors include a compass plus GPS, GLONASS and Beidou positioning.

Conspicuous by its absence is a 3.5mm headphone jack. Instead, the USB socket functions as an audio output. This means you won't be able to use your existing headphone, nor can you listen to music while the phone is on charge.

The U Ultra is fitted with a 3,000 mAh battery, which is not particularly large for a phone with such a large LCD screen. Battery life is acceptable, but not a strength. You'll be charging every day if you choose this phone.

The U Ultra is a reasonably well-equipped phone with an interesting second display and a unique construction technique. As a flagship phone, it has a large, hi-res screen, a fast processor, lots of memory and some decent cameras.

If only it had been priced more modestly. Instead, the U Ultra is priced to match the best from Apple and Samsung. Over-pricing, plus the weak battery life and the lack of a 3.5mm audio jack mean that we can't pull more than 3 stars out of the bag for this phone.

HTC U Ultra features include: