LG has dropped the modular design of last year's G5 in favour of a more conventional phone in 2017. At S21, we say that's no bad thing. The modular concept of the G5 failed to grab us, and it looks like we weren't alone.

Available in Black, Platinum or White, the G6 has a premium build with a metal and glass unibody, twin cameras on the back, and a rear-mounted fingerprint sensor / standby button. An ultra-narrow bezel allows the screen to fill almost all of the front surface, although curiously the display has rounded corners that take tiny bites out of it. The phone is tall and slim, measuring 7.9mm in thickness, and its unibody design allows it to meet the IP67 standard for water-and dust- resistance, but means that the battery is embedded. Overall, it's a much more pleasing design than the G5, although it lacks the wow factor of the Galaxy S8.

One of the G6's key selling points is its Dolby Vision screen. This, like the HDR10 standard, is the next big thing in display tech, and enables video to be displayed with a higher dynamic range, for brighter highlights and better colour saturation. There are a couple of problems with this however. First, compatible video is currently only available from Netflix. And secondly, this being an IPS display, it doesn't have the native contrast range of an OLED screen that would fully do justice to the HDR-enabled video.

The screen isn't half bad though. It's a 5.7 inch Quad HD+ display, with an extra-long resolution of 1440 x 2880 pixels. The unusual aspect ratio means that you'll sometimes get black bars top and bottom, for example when watching YouTube or playing games, but it's nevertheless a very pleasing screen, that's bright, sharp and vivid.

Under the bonnet, the G6 is a fast machine. It runs Android 7.0 with a Snapdragon 821 processor, clocked at 2.35GHz. 4GB of RAM is available, and storage is 32GB with a microSD card slot too. Impressive, although every other flagship Android phone can match this spec (apart from the Google Pixel, which lacks a memory card). In fact, phones like the Galaxy S8 and HTC U Ultra come with 64GB of memory, and newer generation processors too.

LG has been playing with dual rear cameras for a while now, and the G6 comes with twin 13 megapixel cameras. This gives you the option of zooming out for extra wide shots, as well as a digital zoom for cropping closer. New for the G6, making use of the phone's unusual screen aspect ratio, is a square photo option - available in both still and video modes.

The front camera has a 5 megapixel resolution. 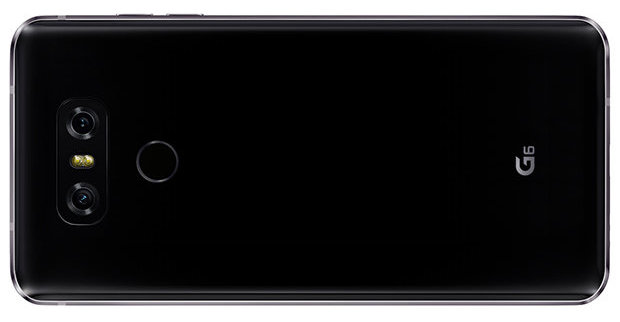 The G6 comes with all the connectivity you need - 4G, dual-band Wi-Fi, Bluetooth, USB Type C, a 3.5mm headphone jack and NFC support.

The battery in the G6 has been given a welcome boost up to 3,300 mAh, making the phone a solid performer when it comes to battery life. It can fast charge as well, and our only gripe is that it's non-removable.

Conclusion - nice, but too expensive

The LG G6 is a nice phone, with plenty to recommend it, especially if you watch Netflix on your phone. It's well built, has a big screen, fast processor, decent cameras, and no real faults. But whereas last year's G5 was available free on contract at £40/month, you'll have to spend close to £60/month to get a G6 without any upfront cost. That makes it more costly than a Galaxy S8, and we can't honestly say it's worth that kind of money.

We've mentioned the Samsung Galaxy S8 several times during this review, and that's because the LG G6 generally doesn't quite match up to what the Samsung can give you, and for less money too.

Reviewed by D Martin from United Kingdom on 7th Dec 2017
Recieved my G6 a couple of days ago I got mine for £379 an absolute bargain on first look a lovely bit of kit well made.having had the g3 and g4 I kind of knew what to expect software wise I liked it then so am pleased that although similar it is still easy to use and less bloatware.am pleasantly surprised by face detection to open the phone as well as fingerprint and all the usual stuff, camera seems very good have yet to give it a good run out but signs are promising, music player is very good even though it's not dac that's in other versions of this phone I switched from a Huawei p10 the music player in that was terrible, headphone sound is excellent with a few sound options to suit your taste and over Bluetooth is very good and clear ,physically the phone is very easy to hold and all buttons are in the right places i picked a silver phone and it looks great although the phone doesn't do a lot of things the galaxy s8 can do what it does do it does really well when setting up this phone i had about 12 apps running in the background while downloading and setting up NO stutters at all all the moaning about not having the latest chip inside is not noticed in everyday use early days so far but am extremely pleased with my purchase i can only say what ive experienced I would recommend this phone if your looking for something that's well made ,looks great, and performs excellently hope this helps.
Rating:

Reviewed by Bootruss from United Kingdom on 8th Oct 2017
Simply put a very underrated phone, the thing just works, 5 hours SOT, great screen, camera that is one of the very best (and now that the Pixel camera has been ported on it's outstanding!) and great to hold and use. Now that the price has dropped to below £500 it's a superb buy. Go for it!
Rating:

Reviewed by Lewis from UK on 1st Jul 2017
I would agree with S21's review and score given due to cost:spec ratio.

However I managed to get mine for £100 less than everywhere else.

Having now purchased the device and had it for a few days I honestly feel it is a great smartphone.

Build quality is on par, if not slightly better than some other flagships devices. Having had a Galaxy S7, iPhone 6s recently I am more than happy to say the LG G6 is better. To understand my reasoning just search YouTube for a guy called JerryRigEverthing. He tests phones to potential districting. The LG G6 in my opinion is built stronger and therefore better than others.

Screen size, well it's very big yet the device is a smidge bigger than an iPhone 6s but with an extra 1" screen. The screens technology is not over rich in colour as per the Galaxy S7 and has better colour reproduction and contrast ratios than that of the iPhone.

Please note I am only comparing the LG G6 to the Galaxy S7 and iPhone 6s as I have recently had them and because they represent the public's favourite devices of choice.

Specification of the internals. It isn't all about the number of cores a CPU has. With only 4 cores at 2.35Ghz this phone isn't slow. The 4gb of RAM aids a very smooth and flawless experience with very good multitasking. The cameras are excellent. I really like the twin camera on this device and I have taken some great photos. As normal low light photos are a little grainy but not any worse than the other 2 phones I'm comparing this against. USB-C, headphone socket all add to a complete package that I want. The Galaxy S7 only had micro USB which disappointed me. The iPhone having its own lightning connection is restricting in some ways.

Battery life, well what a surprise. The large 3300mAh and phone specs mean this phone lasts a long time. I charged this phone last night. Took it of charge at 22:30 with a full battery. Woke up at 05:30 with 100%. It's now 07:30 and I've use the phone solid on internet use, YouTube videos and various other tasks and I'm only down to 97%. Battery life brilliant.

The OS, android is chalk and cheese with me. I like iOS for its simplicity, yet it lacks the full functionality that android has. I like android as there appears to be greater developer support in apps etc. Android 7.0 runs very well and I prefer this version over previous versions a lot. The UI is a little similar to EMUI on Huawei, which I don't like but it runs a lot better and smoother. Top marks on OS and UI as the combination works flawlessly.

Obviously my review is based on my opinion with no influences from anyone else.
Rating: