Microsoft bought Nokia in 2014, bringing together the Windows Phone operating system and the Lumia brand. The Lumia 535 is the first phone to officially be branded Microsoft. 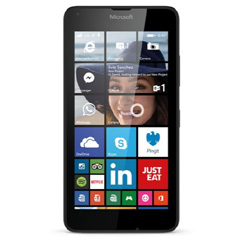 Microsoft Lumia 640 review
Microsoft is on a mission to deliver value-for-money smartphones, and the Lumia 640 gives you everything you need, for just a little over £100 on PAYG. With a big HD screen, quadcore processor, 8 megapixel camera, 4G connectivity and a large battery, there's nothing missing from our list of must-have features. 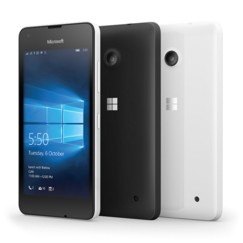 Microsoft Lumia 550 review
The Microsoft Lumia 550 is an entry-level phone running the Windows Phone 10 operating system. Available for around £100 and on the cheapest Pay Monthly contracts, it offers the basic features required from a smartphone, but is limited by a slow processor and a lack of apps. 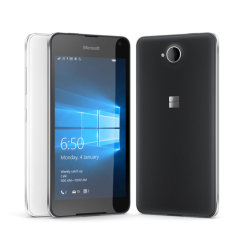 Microsoft Lumia 650 review
The Microsoft Lumia 650 is an entry-level smartphone with a premium, ultraslim and lightweight design. It brings a lot to the table, including a superb OLED screen, a generous 16GB of memory (plus a microSD memory card slot), and the powerful built-in apps of Windows Phone 10. But there are compromises in processing speed, camera quality and battery life, and Windows Phone still lags years behind Android and iOS when it comes to third-party apps.