The DMP-UB900EB is Panasonic's first Blu-Ray player to support UHD Blu-Ray disks, and is an ideal partner for the high-end Panasonic DX902, DX802 or DX750 HDR televisions.

The UB900 is larger than your average Blu-ray player, and quite heavy. It's very solidly built, and handles like a premium device. The stylish finish of the UB900, with its gloss mirror front and brushed-metal-effect top means that it will pair up nicely with any modern TV, not just a Panasonic model. We particularly like the digital display on the front panel.

If you have a new generation UHD (4K) TV, you'll want to feed it with UHD content. So far, Netflix, Amazon and YouTube have offered some 4K content for streaming, but to unlock UHD in all its glory, nothing beats UHD Blu-Ray.

Physically, Blu-Ray disks look just like ordinary disks, but contain far more information. When paired with a top-quality UHD HDR TV, the results are spectacular. UHD Blu-ray disks contain 4 times the resolution of a normal disk - 3840 x 2160 pixels. It's what your 4K TV has been crying out for. In addition, the new format brings HDR (High Dynamic Range), which means brighter whites, deeper blacks, and 10-bit colour, for a truly cinematic experience. The impact of HDR shouldn't be underestimated. It brings scenes to life, with sparkles that will make you gasp, and new detail that you've never seen before. The Chroma processor includes THX certification, reproducing an acurate cinema-like experience. 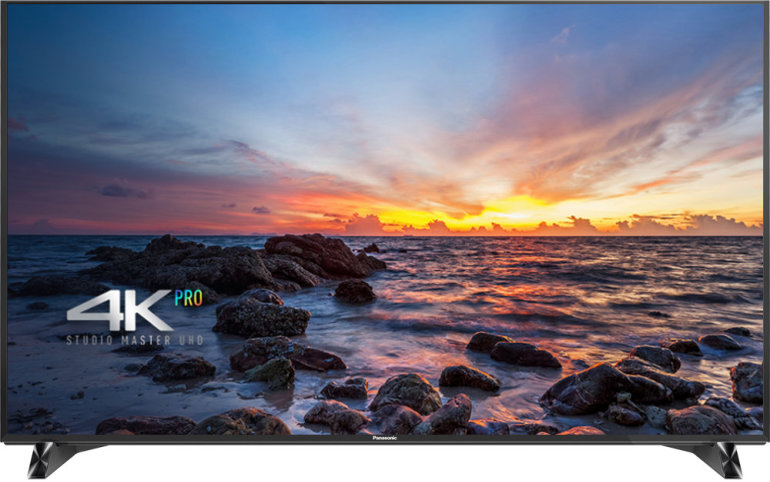 With the UB900EB, Panasonic has delivered an extremely impressive player. It's a significant step up from 1080p Blu-Ray players. We'd say that when combined with one of the latest high-end TVs, this player produces the best audio-visual experience possible. It's noticeably superior to 4K streaming.

As well as supporting the new UHD Blu-Ray standard, the player can also play a very wide range of older formats - standard Blu-Ray disks (including 3D), DVDs (with 4K upscaling) and audio CDs.

The UB900 supports a range of Smart apps, including 4K Netflix and 4K YouTube.

The DMP-UB900 has 2 HDMI outputs - one for connecting to your TV, the other to an audio system. There's also an optical audio output, a coaxial output, 7.1-channel analogue audio outputs and 2-channel outputs.

Dual-band Wi-Fi and ethernet connections are included, and you can share content from a compatible phone, tablet or PC using DLNA or Miracast. A USB port lets you display content such as photos or videos from a camera, USB-drive, or similar device. There's also a slot for plugging in an SD card.

This is the first of a new breed of UHD Blu-Ray players, and its premium pricing reflects that. But if you've invested in one of Panasonic's high-end TVs (DX750 or better), then it's worth investing in this player too.

UHD Blu-Ray brings a level of detail and realism to home cinema that's not been seen before. And while Netflix 4K has convenience, compression in streaming means that it simply can't match the quality of a UHD disk.

If you have a lower-end TV, especially one that doesn't support HDR, the case for buying the UB900 is less clear. A slightly cheaper option is the Samsung UBD-K8500.

Does this player receive freeview & does it have a hard drive for recording TV?