The Sony XD85 sits just below Sony's 2016 flagship XD93 TV, and shares the same ultra-slim looks. The screen is razor-thin, with a slightly thicker lower chassis than the XD93, but still very slim at just 44mm at its deepest. The screen is surrounded by a slim black bezel, with a glowing Sony logo at the bottom centre. The TV is mounted on a dark silver slate stand, which provides solid support, and includes a lift-off panel that helps to keep your AV cables neat and tidy. 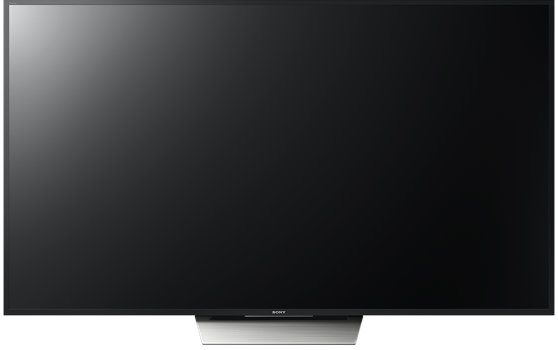 The XD85 is a UHD (4K) TV with HDR capability. The TV has much in common with the flagship XD9305, but uses a slightly different backlighting system.

The Triluminos screen is bright, with a wide colour spectrum, and the ability to generate plenty of shadow detail. It reaches impressive black levels too, and offers excellent viewing angles. UHD source material is handled very well, and the TV meets the HDR standard, so is capable of displaying HDR video too.

The XD8599 misses out on Sony's high-end Slim Backlight Drive, and instead is edge-lit from the bottom. The LED lighting system incorporates a level of dynamic backlight control, but it's true that there isn't quite as much shadow detail in evidence on this screen compared with Sony's flagship. The backlighting system is very energy efficient, though, if that's a feature that's important to you.

Motion handling is good, however, and the screen has a XR 1000 Hz Motionflow rating.

We'd say that overall this TV performs extremely well, and the slightly reduced dynamic range is really only noticeable when it's placed next to the XD93. Note also that the XD8505 doesn't support 3D. 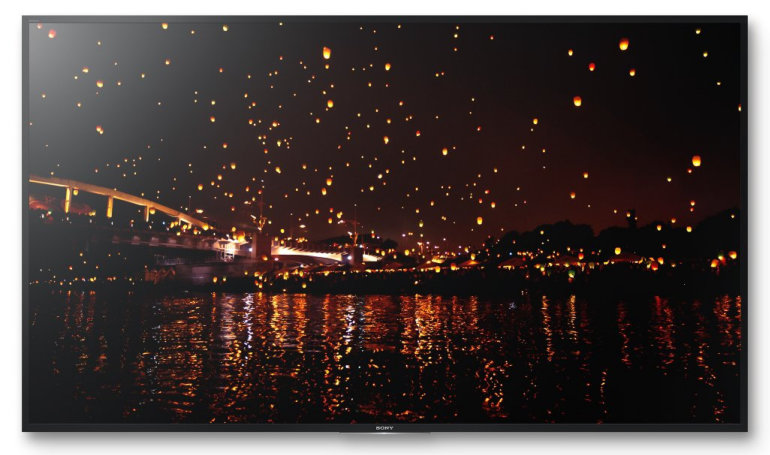 For a TV at this price, we think that Sony might have given the KD55XD8599 a better audio system. The S-master amplifier produces just 20W of total power, and there are just two speakers fitted, giving rather average audio quality.

Sony made the switch to Android TV in 2015, and spent most of that year desperately releasing updates to fix the multitude of bugs that were present. We're hoping that the OS has now reached an acceptable level of stability, but we're not staking our life savings on it. Be prepared for some teething problems, and be aware that you're taking a risk in choosing Android TV.

Having said that, in principle Android TV offers significant advantages over other Smart TV systems. It gives you access to Google Play apps from your TV, and you can download videos, music and other content directly from your TV. Amazon Instant Video and Netflix are probably the best ways to access 4K content at present, and both of these will be streaming HDR material during 2016.

Catch-up TV is provided courtesy of Youview. A user-friendly 7-day windback with content from BBC iPlayer, ITV Player, 4oD and Demand 5 is displayed alongside future programmes in the Electronic Programme Guide. 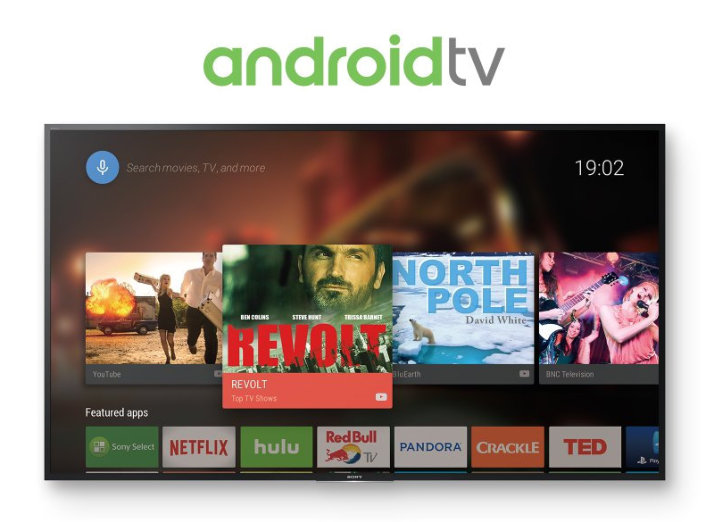 The Sony XD85 includes 4 HDMI connections, Wi-Fi and ethernet, 3 USB ports, a subwoofer output, and various other A/V connections for hooking up your devices. Android TV lets you easily connect the TV wirelessly to smartphones and tablets.

Twin Freeview HD tuners are provided, so if you have an external USB drive you can watch and record different programmes at the same time.

HDR is 2016's sexy TV feature and it doesn't come cheap. Nevertheless, an asking price of less than £1,500 makes the Sony KD55XD8599 a lot more affordable than the Sony KD55XD9305. The more basic backlighting system may be less impressive, the audio rather average, and there's no 3D support, but there's no denying that this is a fine UHD HDR TV. Taken on its own merits, it delivers excellent picture quality, has excellent Smart TV capabilities, and is a real style icon too.

We're still suspicious of Android TV, following its less-than-surefooted launch in 2015, and for this reason we're deducting one star from our rating, as we have concerns about the OS. We'll be watching Sony's range during 2016 to see if the Android bugs have been properly banished, and we're also optimistic that the price of this TV will fall in the run-up to year-end 2016. Who knows - perhaps we can find an extra star to give to the Sony Bravia 55XD8599 in time for Christmas?

The Sony KD55XD8577S is the same, but with a silver frame and stand.

Asked by Ray Dinning from United Kingdom on 8th Feb 2018
I own a Sony KD-55XD8599 TV which I understand is a Smart TV. However I cannot understand how I can get icons such as Facebook and the other things on my screen which I believe comes with a Smart TV.

Do I need to buy an adapter or is there something I am missing. I do not see anything to help me on the Remote control

Can you help me please or direct me to some form of internet instructions that would help.
Many thanks
Ray Dinning


Is there on and off switch on the back?

Asked by Joseph Vincent gauci from Malta on 26th Dec 2017
Well the againt got me this tv and no explain nothing, I just wanted to check is there any switch at the back .

Previously used Sony TVs as it has function to use headphones ( I have poor hearing) whilst others in room listen to tv audio as normal ( i.e. doesn't mute the sound when headphones plugged in) does this television have this function and does it also work when using Sony soundbar?

Reviewed by Michael from England on 14th Dec 2017
If the picture is the most important feature to you then buy this tv or its latest equivalent .all the money is put into creating a tremendous visual experience. add a decent amp and speakers and sit back and enjoy.
Rating:

Reviewed by P O from UK on 6th Nov 2017
This is an awful TV. Good image but in use it's a nightmare, constantly re-booting, freezing, slow to respond or unresponsive, switching itself on etc. The worst TV i've ever had and I'll never buy Sony again.
Rating:

Reply by brian from england on 26th Nov 2018
True it is an awful t.v. takes for ever to switch on and change channel. God forbid you want to change from the t.v. to one of the HDMI options. Takes forever would never buy a Sony again because of this t.v.

Reviewed by Chris from UK on 9th Feb 2017
Had this TV a few weeks now, I have noticed it switches it self on rarely but if you change the timer in the settings to off it should fix it.

Have spent ages researching and trying to calibrate it! I believe I have found the best possible settings, although the motionflow is a bit unclear as to what the differences are. Normal mode I have read is an avoid at all costs although personally its the best settings for the built in apps such as Netflix and Lovefilm.

I personally feel likes the screen can come across quite dull at times but if you change colour to 'neutral' it helps.

Overall I am struggling to find much to watch and experience in 4k as most is in HDR but quality on normal Virgin Media and built in apps are amazing!
Rating:

Reply by Joseph from Malta on 1st Jan 2018
Lol , when you put your timer to off it turns off its self when you are waching it.

Reviewed by steve from uk on 20th Jan 2017
I wish I hadn't bought this tv. On three ocassions it has turned itself on. Once we came back from holiday and it was on !

The time taken to change sources can be upto 30 seconds and is very unresponsive.

Sony customer service is in Eygpt and are not trained well to handle problems unless you want to keep resetting the TV and rebuilding it each time.
Rating:

Reviewed by purecain from uk on 3rd Jan 2017
No.1-very low lag for gaming.
No.2- slight bleed in top edges only noticeable on blank screen. As far as edge lit led panels go. this was to be expected and is unnoticeable on moving pictures.
No.3- will do 1920x1080 @ 100hz. again very good for gaming.

used as a pc monitor and sat 1m from screen. no dead pixels!
Rating:

Reviewed by wardy from uk on 27th Nov 2016
5 days old and very happy with it, both in sound and picture. can mirror image all our tablets. much better than a Samsung ue55ku6470 we sent back after two days. i will mention curry's in norwich were very helpful in buying and returning the tv's.
Rating:

Reviewed by steve from uk on 14th Oct 2016
A rubbish tv and the worse customer service company I have dealt with.

I spent a lot of time calibrating the tv and getting it to how I wanted it.
After 10 weeks I went on holiday for 2 weeks and when I arrived home the TV was playing to itself. The next morning once again it was playing to itself.
I contacted Sony whose only answer was to reset the TV which they did remotely.
As it was taking a long time to finish it they promised to call back, two days later...nothing.
Also the mirror imaging will only work on a new windows 10 PC, not an upgrade, Sony do not tell you this.
The AV source changer is so fast in disapearing that you cannot finish the selection and it also duplicates each source on the list.
I wish I had bought elsewhere.
Rating:

Reply by Oscar francis from England on 20th Jan 2017
I have this tv and I use a pioneer vsx box to connect all my systems together (PS4, sky and kodi). My tv has never had any of these problems and works very well, looks great. Obviously the help service was not good enough, nothing to do with the tv (which is great).

Reviewed by Paul from Unitedkingdom on 22nd Aug 2016
Picture quality and sound is very good, love this product.
Rating:

Reviewed by John from Unitedkingdom on 19th Aug 2016
Love this product brilliant.
Rating: