If you're looking for a big phone on a small budget, your options are limited. Very limited. The Motorola Moto G5 Plus offers a larger-than-average screen, but it's not quite phablet sized. And if phablet-sized is what you're after, then the Xperia L1 is your only real option.

The L1 is a reasonably attractive phone, modelled on Sony's more expensive Xperia phones, but it's not slim and it weighs a whopping 180g. It's a bit of a monster really, especially in Black. Choose White or Pink to make it feel less monstrous. 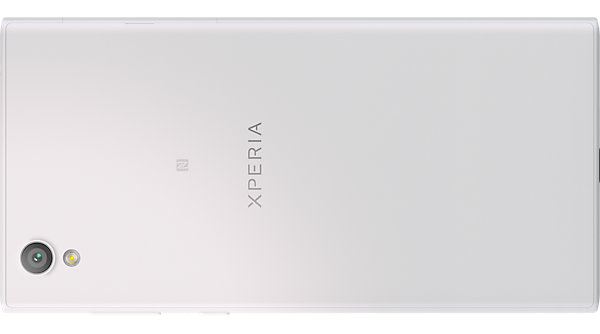 For most people the Xperia L1 will be too big and heavy, so the only reason to choose it is the big screen. The screen measures 5.5 inches, giving around 20% more screen real estate than most rival mid-range phones. There's no doubt that it's big. It's not especially sharp however, with a 1280 x 720 pixel resolution giving it a low pixel density of just 267ppi. A screen this big deserves more pixels.

The Xperia L1 has the body of a beast but the heart of a tortoise, and not even a fast tortoise. The quadcore processor runs at a slow 1.45GHz. That's not terrible for a low-end phone, but when the screen is this big, any sluggish behaviour feels harder to tolerate. And sluggish behaviour is normal when opening and running apps on this phone. The 2GB of RAM is decidedly ordinary too.

Even more ordinary is the 16GB of flash storage. Newer phones with 32GB of storage are starting to appear at this price range, and we wish that the L1 was one of them. But you can of course top up the memory with a microSD card.

The phone runs Android 7 Nougat and the Xperia user interface is largely unobtrusive.

The phone comes with a camera that has - you guessed it - rather average performance. With a 13 megapixel rear camera and a 5 megapixel camera on the front, there's not a lot more to say.

A 4G phone, the L1 has the full range of connectivity options - Wi-Fi, Bluetooth, NFC, USB Type C, GPS/GLONASS, and a 3.5mm audio jack. The USB Type C connection is a useful bonus, but if you were hoping for a fingerprint sensor, you'll be disappointed.

Sony phones tend to have small batteries and that's perhaps because their phones are so slim. The L1 isn't slim however, so it has no excuse for its sub-par 2620mAh battery.

As we said in our intro, there are almost no big phones at this price, so the Xperia L1 doesn't have much competition. But even in a contest where the L1 is the only entrant it doesn't fair particularly well.

Yes, it's got a big screen, but not a sharp one. It's a very heavy phone too, and apart from the screen, everything about it is at best average. But it's big. Did we mention that?

If big's your thing, you might like the Xperia L1. But be sure to consider the Moto G5 Plus, and maybe even the Moto G4 too.