In a nutshell: The Sony Xperia X is a high-end smartphone with a sleek, minimalist design. Boasting a 23 megapixel camera with hybrid autofocus, and a front-facing 13 megapixel camera, photography is a key strength. But the X is a solid all-rounder - fast, capable, and affordable.

Regular readers of S21 will know that we've been big fans of Sony's Z-series smartphones over the past few years. Now, the first Xperia X model looks to continue exactly where the Z left off.

First impressions are good. We're thinking, "sleek." The Xperia X is immediately recognisable as a Sony phone. It's slightly smaller than the Xperia Z5, making it easier to handle. The narrower width in particular will be welcomed by anyone who struggles to reach their hands across big smartphones. At the same time, the phone remains ultraslim, at just under 8mm thick, and is moderately heavy - just enough to let you know that you're handling something of substance.

The design of the X has evolved in subtle ways. While the front of the phone is an expanse of glass, the rear is metal. The design has a unified feel to it, that's very understated. The back has a smooth, matte finish, and the aluminium edges are sleek, and mesh perfectly with the front glass panel. On the edge is a subtly recessed power button which incorporates an integrated fingerprint sensor, plus a volume rocker and a handy camera button. Be aware though that the Xperia X doesn't have the waterproof performance of the Z-series.

There's absolutely no bling in sight. Unless that is, you choose the Lime Gold or Rose Gold colour options, which are a bit overpowering for the easily-shocked S21 crew. Safer options are Black or White. 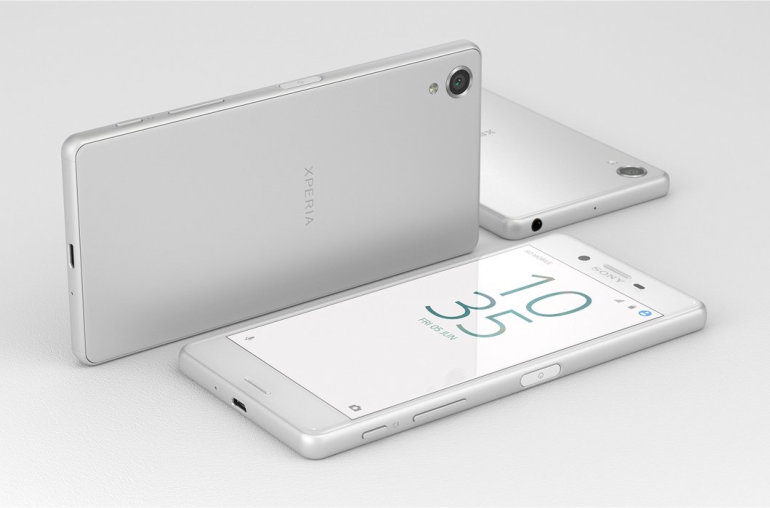 The 5-inch screen is slightly smaller than we've been used to in the Z-series, but it's up to Sony's usual high standards. With a Full HD resolution, Triluminos colour and X-Reality engine it's an excellent LCD display, although it doesn't quite match the intensity of the Samsung Galaxy S7.

The Xperia X introduces a new processor - the Snapdragon 650. This is a 6-core processor, consisting of two Cortex A72 cores and four Cortex A53 CPUs, plus an Adreno 510 GPU. 3GB of RAM is available.

This configuration makes for a very fast processing system, although it's in second position to phones like the Galaxy S7, LG G5 and HTC 10. In practice, you won't notice, as apps fly open, and 3D games run with full frame rates.

The flash memory is 32GB, and you can upgrade this with a microSD card for up to 200GB extra storage. So we have no complaints in this department.

The phone runs Android 6.0.1 Marshmallow. The Xperia user interface has been updated in fairly minor ways, and is largely unobtrusive.

Photography has always been a key selling point of Sony's high-end phones, and the Xperia X continues the tradition.

The main camera is largely the same as in the Z5. It uses a 23 megapixel Exmor RS sensor with a very fast and accurate hybrid autofocus system and a wide angle f/2.0 lens. New for the Xperia X is predictive autofocus, which automatically tracks and predicts the movement of the subject, which helps to reduce blur in fast-moving shots - provided you have the time and patience to set them up. Since the focus is so fast anyway, we think this is of marginal benefit. But that's not in any way meant to criticise the camera - it's excellent.

The front camera has been significantly upgraded, with a 13 megapixel Exmor RS sensor. 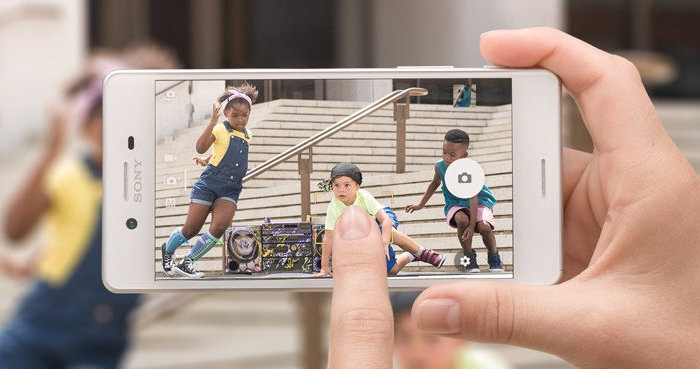 The Xperia X has a full set of connectivity options. It's a category 6 LTE 4G phone, with Wi-Fi and all kinds of wireless connectivity - NFC, Miracast, Google Cast, Bluetooth 4.2, and GPS/GLONASS. It also comes with USB and a 3.5mm audio jack.

If all else fails, at least the phone can be recharged very quickly.

The Xperia X marks a new direction for Sony, with a slightly more compact size, and a sleek, under-stated look. But really, it's a steady continuation of the company's quest for perfection, which is strong in all areas, especially photography. The smaller battery gives us some concerns, but in all other regards, this is a top quality smartphone. We're pleased to see that even before its official UK launch, prices are extremely competitive, and with any luck they'll drop further as 2016 progresses, making the Sony Xperia X a recommended buy.