The Sony Xperia XA1 is a step up from last year's Xperia XA. This mid-ranger has a classic Sony design but is larger and squarer than the XA. For an inexpensive phone, it has premium looks.

The phone is slim and narrow, with almost non-existent bezels left and right of the screen. It's unusually tall though - distinctive, you might say. The "infinity" screen makes the phone easy to handle, so we can forgive the fact that it's tall, especially since this adds a touch of elegance. Everything is well crafted, with aluminium sides and Gorilla Glass to add protection to the screen.

The screen is large for such a compact phone, measuring 5 inches, and is bright with vivid colours, but has a resolution of just 720 x 1280 pixels, giving it a modest 294 ppi pixel density. That's acceptable when you consider the price of the phone.

The one feature that's missing is a fingerprint sensor, but otherwise we can't fault the XA1 on appearance. It's available in a choice of White, Black, Gold or Pink. 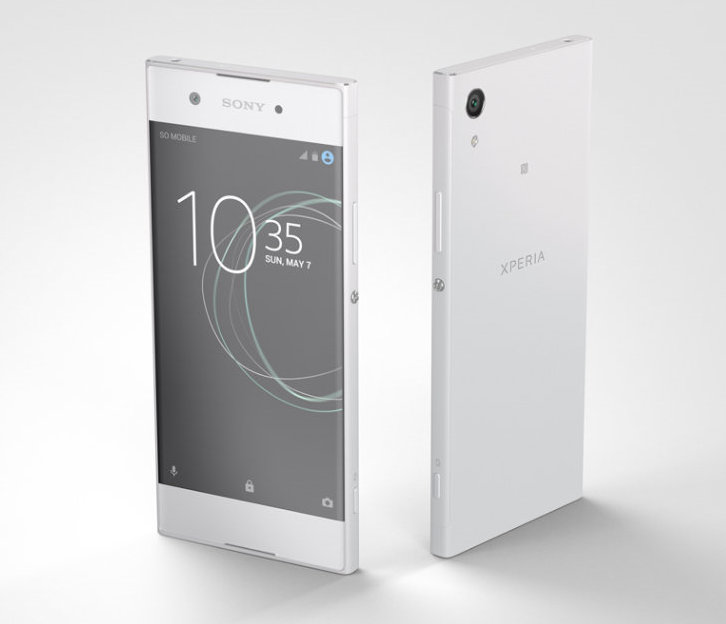 The processor has been upgraded from the Mediatek P10 that featured in the XA. The XA1 has a more powerful Mediatek P20. This is an 8-core processor, with 4 cores running at a speedy 2.3GHz and another 4 cores running at 1.6GHz. This gives good peak performance when its needed, and the possibility of harnessing the slower cores to save battery when running more modest apps.

The 3GB of RAM is generous for a mid-range model, and we're pleased to see that the internal storage has been upgraded to 32GB. The microSDXC slot lets you add up to 256GB of extra storage too.

The phone runs Android 7.0 Nougat and the Xperia user interface is largely unobtrusive with some added apps such as the Stamina battery saving mode.

Perhaps the biggest deal with the XA1 is its camera. Not many mid-range phones boast a 23 megapixel camera. In fact the Xperia XA1 is unique in this regard. The camera uses a Sony Exmor RS sensor with hybrid autofocus, enabling it to focus quickly. The f/2.0 aperture lens allows in plenty of light for good low-light performance, and HDR is available too. This is the kind of system we've previously seen on Sony's flagship devices, so equipping the mid-range XA1 with this capability is a big boost.

Sony also seems to have improved its post-processing algorithms in the XA1, so the end result is really excellent.

The rear camera can record 1080p video, and the front-facing 8 megapixel camera is good for selfies. Overall, this must be one of the best camera phones at the lower end of the market.

Battery life is often an issue in slim phones, and unfortunately the XA1 has a measly 2300mAh battery. That's the same as in the XA, and even with Stamina mode and fast charging available, we'd really have liked to see a bigger battery here. Having said that, the new processor does seem to be much more frugal with battery consumption, and the XA1 performed better than we expected.

The Xperia XA1 has a lot going for it. For a phone costing just £15 a month on contract, it looks a lot more premium than it has any right to do. Performance from the Helio P20 processor is impressive, and we're pleased with the 32GB of onboard storage. The camera is well above what we'd expect from a phone at this price. The only complaints we have are the lack of a fingerprint sensor, and the so-so battery life.