We were super impressed by last year's Sony Xperia XZ, and we're loving the new XZ Premium too. The XZ Premium pushes well into phablet territory, with a substantial 5.5 inch screen - not quite the biggest you can buy, but still bigger than last year's flagship phones. The phone is proportionately larger overall too - similar to the iPhone 7 Plus - and heavy with it, but still superslim. Despite its size, the phone is comfortable in the hand, thanks to its slim build and curved edges.

As far as looks go, the XZ Premium fully delivers on the promise of its name. The phone is finished in diamond-cut metal and glass for a "glass loop" design. In effect, the Corning Gorilla Glass 5 wraps all the way around the phone with a stunning mirror finish and rock-solid feel. Watch out for fingerprints, though!

All details have been well attended to, with sleek edge buttons and a camera that sits flush with the surface, with a stainless steel ring for added protection. A fingerprint sensor is integrated into the power button.

The phone is water-resistant and dustproof to the IP65/IP68 standards too. It comes in a choice of Chrome or Black, with user interface colours to match.

Let's talk about the screen now. The 5.5 inch display is a substantial upgrade from what we saw on the Xperia XZ. The Premium's screen is larger, with 4K resolution and is HDR compatible. It shares the Triluminos colour feature and X-Reality engine that we saw on the XZ. Really, the screen is a stunner. With an astonishing 807ppi pixel density, it's the sharpest screen around. It's bright too, with rich colours and excellent contrast. We'd rate it as better than the LG G6, which also has HDR. The HDR compatibility lets you watch HDR-encoded video in its full glory. The only problem is the limited availability of HDR content at present. A few Amazon Prime videos feature it, and the number will grow in time, but it's really only a feature you'll use if you watch a lot of streamed videos on your phone.

Still, we're not complaining. This is the world's first 4K HDR screen on a smartphone. HDR is the future, and with the XZ Premium the future, as the saying goes, is now.

Sony has given the XZ Premium a next-generation processor - a Snapdragon 835. This is an 8-core monster running at up to 2.45Ghz. That's as fast as anything out there - broadly speaking, it's a match for the Samsung Galaxy S8. And with 4GB of RAM, it can multi-task and run demanding apps without a hitch. An Adreno 540 GPU provides intensive graphics processing for games.

We're pleased to see that the flash memory has been doubled up to 64GB, and the microSD slot lets you add a memory card for more.

The phone runs Android 7.1, with a few UI tweaks from Sony.

Did we mention that the XZ premium is the world's first smartphone with a 4K UHD display? We should have said that isn't the phone's key selling point. According to Sony, it's the new Motion Eye camera that really makes this phone different from the herd.

Motion Eye uses motion detection to capture up to four images before you even press the shutter. You can then choose the best image you want to keep. For fast-moving objects, and for people, this is a very useful feature.

The 19 megapixel Exmor RS camera produces great shots in a wide range of lighting conditions, using extra-large pixels to capture light even when lighting conditions are poor. Auto HDR mode works its magic in difficult lighting too. Focussing is super-fast and accurate thanks to a predictive hybrid laser autofocus.

Advanced photographers have access to a range of tools, such as manual focus and exposure controls. Overall, this is definitely one of the best cameras we've ever seen, although you might find some noise and processing appearing in low light and zoomed images.

The camera can also record 4K HDR video, with 5-axis digital image stabilisation helping to avoid shaky videos. Additionally, you can capture super-slow motion video clips at up to 960 frames per second, but only at HD resolution and for short periods.

The front camera has a 13 megapixel Exmor RS sensor, and also has good low-light performance with a wide f/2.0 lens. It's an excellent choice for selfies.

The Xperia XZ Premium has everything we want when it comes to connecting to other devices. It's 4G Cat 16 enabled, so you can access gigabit data over mobile networks. Fast Wi-Fi with Miracast and Google Cast connectivity is here, plus DLNA and Bluetooth 5.0. Positioning technology uses A-GNSS - combined GPS and GLONASS. the USB connector is Type-C, and the trusty 3.5mm audio jack lets us plug in our favourite headphones.

The standard Xperia XZ had decent battery life, and the XZ premium has significantly boosted this, thanks to a larger battery and the new energy-efficient processor. Even heavy users will get a full day of use between charges. And with features like STAMINA mode and rapid battery charging, this is an excellent choice for people who enjoy giving their smartphone a hard time of it. 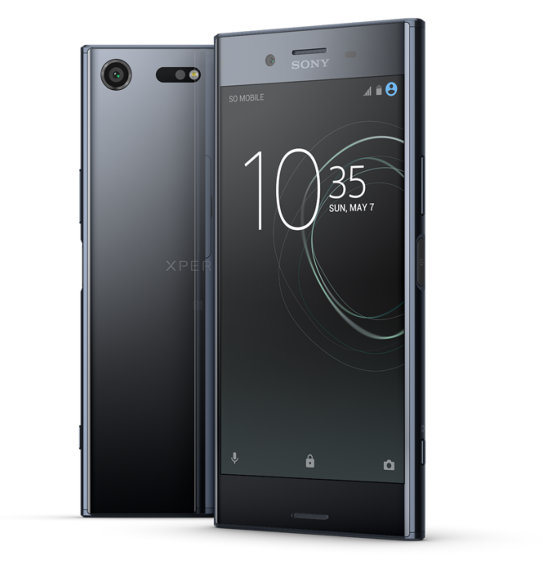 The XZ Premium is a significant upgrade to the XZ, which was already a worthy flagship phone. While the larger footprint and relatively heavy build won't suit everyone, if you like your phones big, this is a superb option. The design shouts quality, and the looks are glamorous, although the back is something of a fingerprint magnet.

Spec-wise, Sony is at the top of its game, with everything at the very pinnacle of what's possible in 2017. The 4K HDR screen, the 835 processor, the Motion Eye camera, the big memory and strong battery life - they're all as good as you could hope to find anywhere.

If you're considering buying the XZ Premium, the only question you should ask is this - XZ Premium or Galaxy S8? The S8 has a more compact form factor and that sexy curved screen. The Sony is bigger and heavier, but with a 4K HDR display. Ask yourself which matters more, but don't worry too much about making the wrong choice - both phones are totally worth buying.

Reviewed by Ian from UK on 24th Oct 2017
Dissapointing sensitivity for mobile reception and wifi. Bluetooth is quirky and needs the phone to be repowered to reliably find devices.
Fantastic camera and super detailed display, nice and fast processor and sufficient storage.
Speakers are too quiet and insufficiently detailed. Earphones are surprisingly very low budget for a flagship phone.
Rating: