Wileyfox is a British-based smartphone company. Its phones use the customisable and secure Android-based Cyanogen operating system. Although the company is based in London, Wileyfox phones are built in China using standard industry components such as Qualcomm Snapdragon processors. 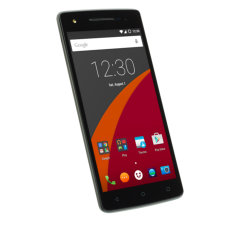 Wileyfox Storm review
The Storm is a mid-range phone from new British smartphone maker Wileyfox. Priced for value, the Storm gives you a large 5.5 inch screen, an 8-core processor, loads of memory and a 20 megapixel camera. Unusually, the Storm runs the Android-based Cyanogen OS. It's a good all-rounder for anyone willing to take a risk and try something new.

Wileyfox Swift review - The Swift is the entry-level smartphone from new British phone maker Wileyfox. Retailing for just over £100, the Swift is a nice-looking phone with features that compare favourably with rivals at this price point. Of particular note are the Android-based Cyanogen operating system, and the generous amounts of memory included.